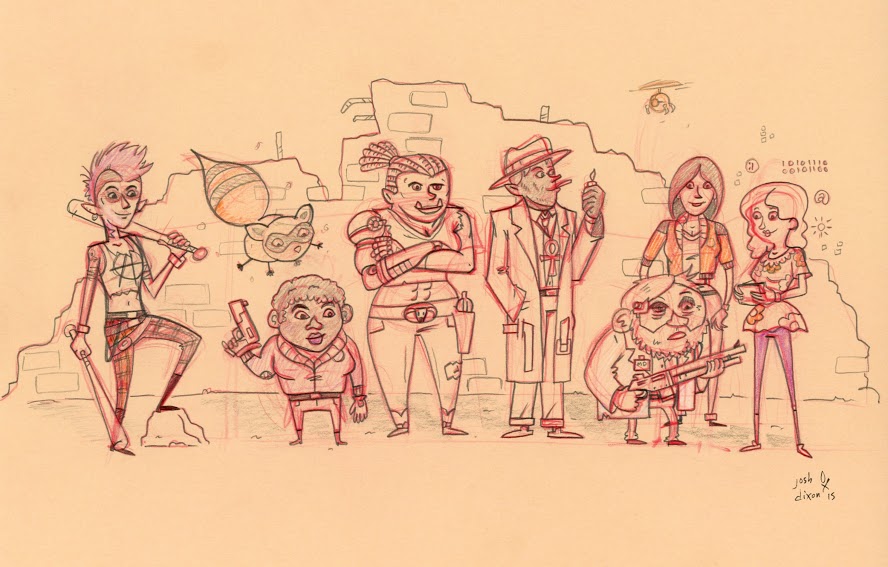 Eight free shadow spirits calling themselves the Chaos Lords are rumored to be stirring. The most recent one to play it’s hand was Asmodeus, the Keeper of Secrets. He nearly created a bridge to our plane in Chicago using bloodmagic. Having been thwarted there there are rumors of a plot in Boston.

Chaos War is an ongoing, non- Missions campaign currently set in Boston, 2075. It follows a group of Shadowrunners as they are hired on a series of runs, building into a greater overarching plot line. Chaos War is a closed group made up of members of Shadowrun Portland. Missions characters exist in Chaos War as NPCs and sometimes as guest PCs (who earn no karma or nuyen for their participation).

Chaos War PCs are not Missions legal and cannot be played at any official Missions table.

The characters currently involved in the Chaos War are: Desirea, Rollrgrrl, Sleepy, Piety, and Brand.

For more information on the Chaos War, make use of the Chronology.

For more information about the NPCs who make their home in Chaos war and in the 6th World, see Contacts.

Information can also be found on various other locations.

Return to the Main Page

by: lighthouse_Amour
See All Pages